I'm already sick of hearing about who won the World Series.

Why must people come into a place such as a chat room and announce it? Those who care would already know, and those who don't...well, don't care.

I miss 2000, when I didn't even remember there were Olympics until they were almost over.

Just got the TRU exclusive Black Queen variant in today. 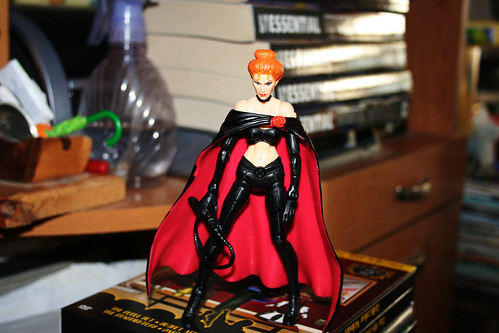 "Beginning November 5th, BBI will be launching its very own website at MST3K.com. The site will feature brand-new animated adventures of Crow, Tom Servo and Gypsy. We're told the goal is to have one new adventure each week (though "some settling may occur with shipping," they added). The Web site will also feature work from the original series (which BBI is now calling "the legacy series"), behind-the-scenes footage and other material culled from the BBI vault."

A minor Boo to a yet another new voice for Crow, albeit a familiar voice to MST3K as Paul Chaplin takes over the role. I'm interested, but it's just not quite the same. Although I'm sure it will be good in its own way.